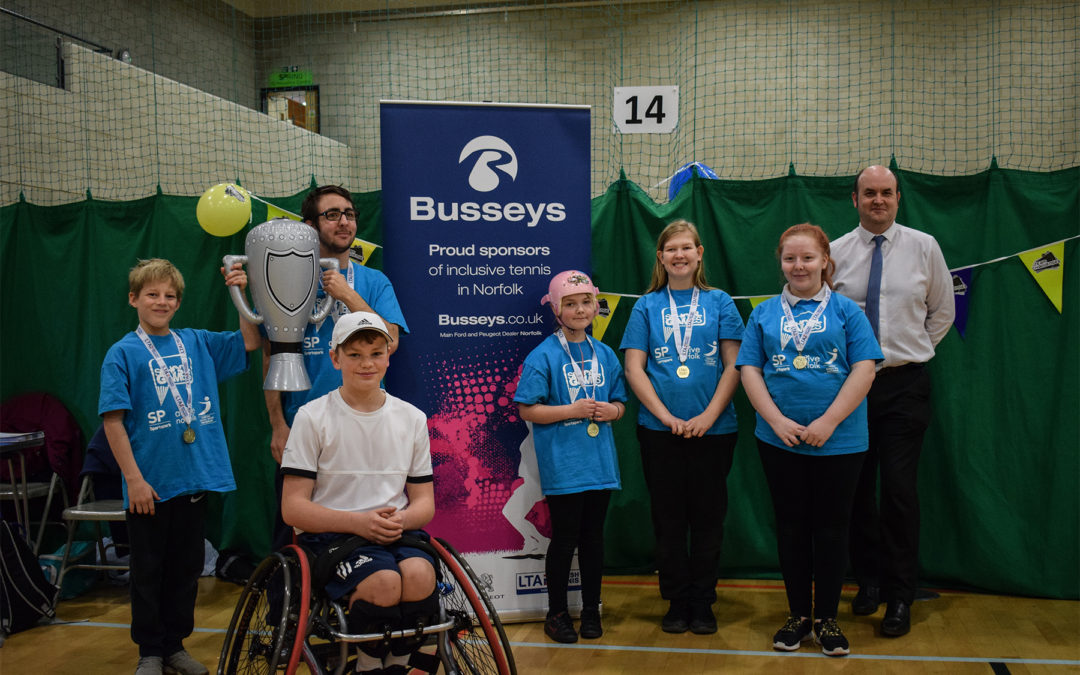 The competition took place at the Sportspark with 5 Complex Needs schools, 40 children in 9 teams taking part in a variety of tennis activities. It was an official LTA Team Challenge event, sponsored by Busseys, with GB’s junior wheelchair player from Norwich, Ben Bartram, attending as an NLTA ambassador. 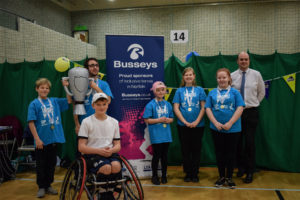 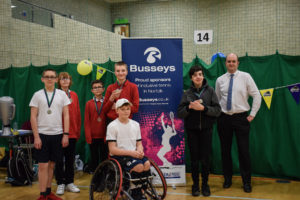 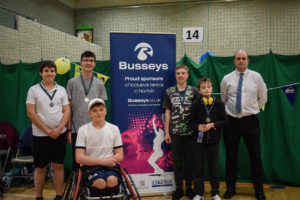 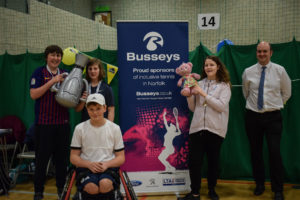 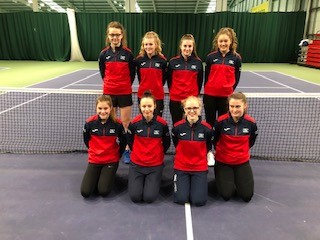 NORFOLK U/18 BOYS AND GIRLS RELEGATED TO DIV 4

This year the boys team were playing at Easton & Otley College in Division 3a of the LTA County Cup. They faced Hampshire & IOW, Leicestershire and Dorset. The girls were playing in Shrewsbury also in Division 3a, along with Somerset, Staffordshire and Cambridgshire.

Maintaining the momentum of last years success was always going to be a big challenge for a young boys team. With 4 players having moved out of junior tennis, the squad bedded in 4 debutants. All of whom will have at least two more years of competition in this age group.

On day 1 the team lost 0-9 to a solid Hampshire team. The only real resistance being put up by Joe Henden in the No.5 singles match which Joe eventually lost 2-6, 7-5, 4-6. A great performance by Cameron Whiting and Ethan Terry was also not quite enough to secure a win in the doubles. They can be proud of the performance despite the 3-6, 6-4, (6-10).

The final match score being a resounding 9-0 to Hampshire & IOW.

On Day 2 Norfolk faced Leicestershire. In the singles Norfolk managed  to win a single set, with No.1 Fred Withers unable to close out after winning the first set, eventually losing 6-4, 4-6, 3-6.  The team faired better in the doubles, with Will Stoppani and Fred Withers going on to win a deciding tie-break in the No.2 match to clinch a Norfolk win. Final match score Leicestershire 8-1 Norfolk.

The boys would go into the final day needing to win 9-0 to avoid relegation. There was a change to the line up with Ethan Terry coming in, making his singles debut at this age group.

Playing in his last county cup, Harry Ketteringham competed hard to win the No.4 singles match, coming back from losing the first set to win the next two, 6-2, 7-6. But again this was the sole consolation with defeats in the other singles matches.

Co Captain Nicky Crawley was full of praise for his team despite the results: “The boys could not have worked harder, sometimes you just have to except that on the day the opposition were better than us. That said we are a young team who will only get stronger at this level. I must also mention the efforts of Cameron and Harry who have played some great tennis for the county over the years and were superb in mentoring the debutants throughout the doubles matches in particularly. We wish them well at University and hope they continue to support the county in Mens tennis”.

The Girls team were also missing a couple of older players and also had to content with injury during the weekend itself.

It was a tough first day, losing 0-9 to Somerset. Despite the scoreline there were many encouraging performances. Sian Stoppani and Hannah Wilson-Kemsly were playing there first u/18 county cup. Eleanor Widdows also had a close singles match.

On Saturday the girls competed well against a strong Cambrigeshire team. Singles wins for Vianne Palffy, Emily Barrett and Hannah meant it was 3-3 going into the doubles. All three doubles matches went into a deciding set but on this occasion it was Cambridgeshire who came out 6-3 winners.

So like the Boys, the Girls knew that only a final day win against Staffordshire would secure another season playing in this division. Vianne and Emily both managed to win in the top two matches but without further wins the team went down 2-5.

Captain Derek Perry said: “There are many positives to take from the weekend. 3 of the girls were making there debut in the competition. The experiences they will have gained will help develop there tennis. A special mention to Eleanor who tweaked her ankle on the first day and supported the team in all their matches despite the disappointment of not being able to play. We will rebuild and plan for next year.” 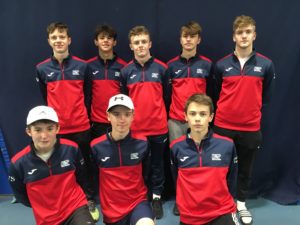 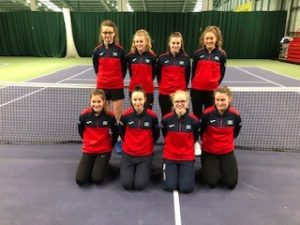