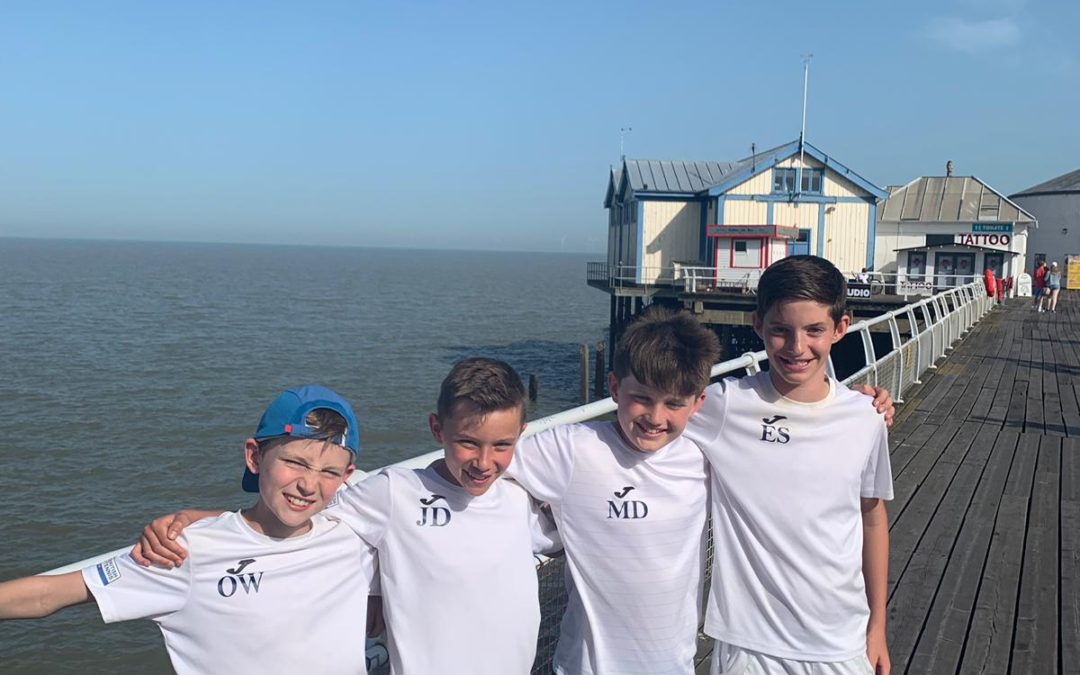 Playing County Cup at the lovely Frinton LTC over the last weekend in June, Norfolk Boys produced some fine tennis against Essex, Suffolk, Lincolnshire and Bedfordshire.

The five counties played each other with the top team being invited to the national finals in Bolton in two weekends time.

Based on player rankings, the expectations of the Norfolk team were modest. A win or two would be a good result. The team wasted no time achieving this target with a comfortable win over Bedfordshire. Singles wins for Oscar Webster, Eaun Sparkes, and a doubles win for Eaun along with captain Jayden Durham gave the team impetus ahead of the match with favourites Essex.

Despite a lot of courage and the introduction of an extremely focused Max Dewsbury the boys could not quite match a team boasting players ranked in national top 15. At the close of saturday Norfolk had beaten Beds 3-1 and lost to Essex 0-4.

Time for a trip to Clacton pier and a well earned Ice cream. The boys showed off their shooting skills to win a couple of soft fluffy toys! Only joking boys!

On the Sunday we played against Lincolnshire. Jayden Durham produced his best ever performance at a county cup to win the no.1 singles but it would take a doubles win to force the match into a shoot out tie-breaker. Despite some flashes of brilliance the pair went down 8-10!

The match against Suffolk was over very quickly and unfortunately the boys were unable to secure a rubber against our arch rivals.

Congratulations to Suffolk who beat Essex to qualify for the national finals. With Beds beating Lincolnshire, Norfolk finished a creditable 3rd place and can be proud of there efforts and conduct.