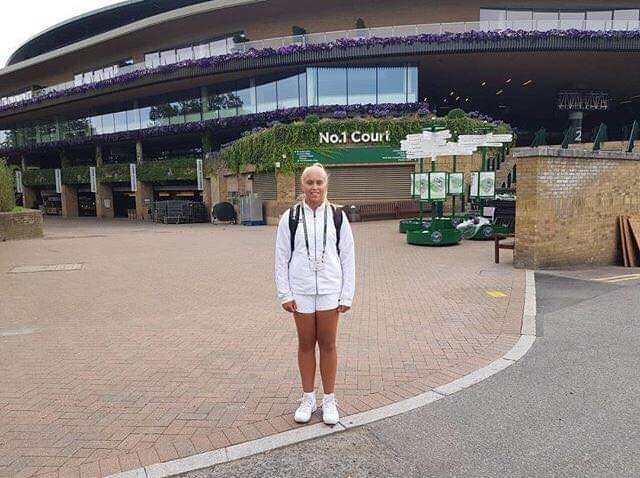 NLTA spoke to county player Ruby Syer about her life in tennis. This is what she said:

“I’ve been playing tennis since the age of 5, and I’m now 12. I am thoroughly enjoying it so far and hoping to turn professional in the future.

As I have been playing tennis for so long I have attended many tournaments.  I currently have 50 medals and 10 trophies. I have represented my county of Norfolk on many occasions which makes me proud.

I have training squads at Easton Tennis Centre and one to one sessions with my coach at Acle Tennis Club. My weekly regime is squads Mon and Tues night, Wed and Sat at Acle and strength and conditioning on Thursday.

This year I had the opportunity to go and play on the famous grass courts at Wimbledon. I am very proud of this achievement as 9,000 children entered “Road to Wimbledon 2019” tournament and I made it to the last 24. Unfortunately I lost my round 1 match 10-2 in the third set tie break.  It has been the most amazing experience!” 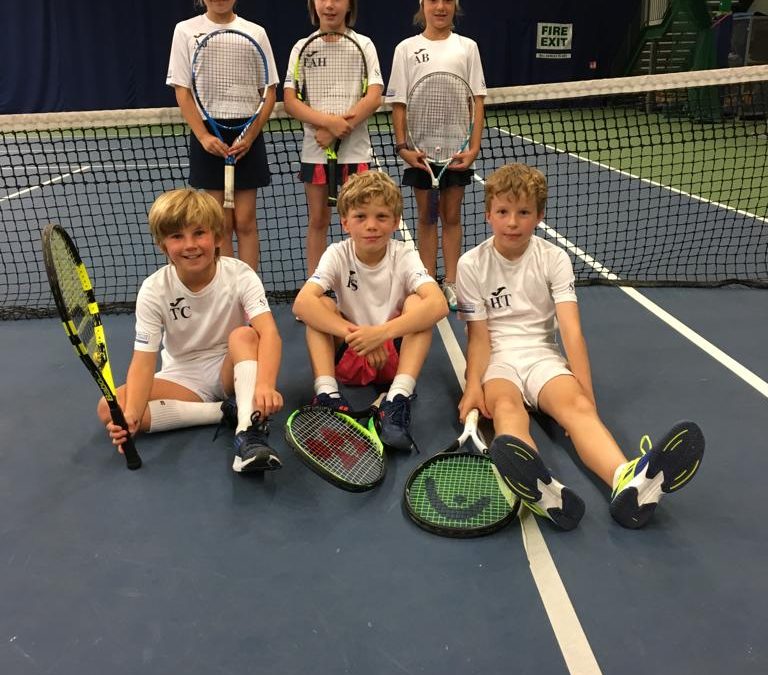 In the opening tie Norfolk played against Suffolk, this was a tough introduction with the team struggling against the experience and fire power of the opponents, the team battled hard but were beaten 9-0.

Next was Bedfordshire, this was a more competitive affair with the Norfolk players beginning to find their feet and get used to the pace of the opponents. Whilst we lost the tie 7-2 the team showed good resilience with notable performances from Teddy claiming a singles win at number 2 and Henry and Amelia winning a hard fought 3 set mixed doubles, all the team though deserve praise for the way they went out about this tie and didn’t give up.

Our final tie was against Cambridgeshire, sadly the team went down 9-0 again, but the way the players competed in this final tie was a stark contrast to the opening fixture, the children all learned from their previous matches and their level improved.

It was a tough day for this comparatively inexperienced team, but hopefully one they can all take positives from and try to work on individual areas to improve. The overall results were 1st Cambridgeshire, 2nd Suffolk, 3rd Bedfordshire and 4th Norfolk.

BEN BARTRAM MOVES TO NO.6 IN WORLD RANKINGS

Ben Bartram, the 14 year old wheelchair tennis player from Norwich has had a successful summer, travelling to tournaments in the Netherlands and Belgium as well as the British wheelchair open in Nottingham.
In the junior world rankings out this week Ben has moved up to number 6 in the world. He also enjoyed some success in his first international men’s tournament, winning the B draw event. 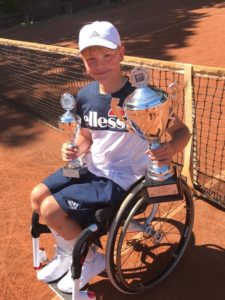