Alfie Hewett and Gordon Reid have completed ideal preparations for the wheelchair tennis event at Roland Garros after winning both the men’s singles and doubles titles between them at the French Riviera Open in Biot in the south of France.

On Friday, he also partnered Reid to win the men’s doubles, with Lucy Shuker making it a hat-trick of titles for players on the LTA’s Wheelchair Tennis World Class Programme after she won the women’s doubles title partnering Chile’s Macarena Cabrillana.

Hewett made it two wins from three matches on clay against Fernandez as the 22-year-old British No.1 came from 6-4 down in a second set tie-break to win his second singles title of 2020.

“I didn’t actually expect to come here and win both singles and doubles, so I’m obviously very, very happy right now. I haven’t dropped a set this week, either, so there are a lot of positives I can take going into next week (the French Open).

“I think I should be very, very proud of getting a set 6-3 off Gustavo on clay because I’m the only one who’s done that for a long while. He’s very dominant on clay. To win that set as comfortably as I did was quite a surprise. The difference in the second set was a couple of points and I played the points from 6-4 down in the tie-break smartish”

“We’ve got 24 hours in quarantine when we arrive in Paris, so I think there’ll be a lot of sleep and food to come. I’m just pumped to get there now, but I couldn’t have asked for a better prep.”

Hewett and Reid extended their unbeaten 2020 doubles record to 14 matches and six tournaments after beating Belgian second seeds Joachim Gerard and Jef Vandorpe 6-4, 6-0 in the men’s doubles final in Biot to give Reid extra reason to remember his 29th birthday.

The reigning Australian Open and US Open champions will now attempt to complete a career Grand Slam of doubles titles together, having also previously won three Wimbledon titles.

“It’s really good preparation for Roland Garros next week. We’ve just come back from the US Open, where we won the title as well. It was a long break away from events since February, but we’ve come back strongly and we’re confident as a team on court. This has been a really good week for us, we’ve played well and we’re really looking forward to next week.

“We just have to review this week with our coaches, watch some footage of the matches, see what we did well and what we need to improve on and then just try and continue the success.”

While Shuker is not among the four Brits who will be bidding for French Open success in the coming week, the British No.2 put aside the disappointment of  a second round singles loss in Biot to earn victory in the women’s doubles as she and Cabrillana made a winning debut as a partnership.

“It was a disappointing singles campaign this week but I’m grateful to Maca for the energy, passion and fun on court to bring home my 75th career doubles title. Through all the ups and downs this year, right now it is definitely about being grateful for the opportunities to compete.”

For news and updates from the wheelchair tennis draws and the fortunes of the Brits at the French Open, follow on Twitter @the_LTA and @WChairTennisGB from Monday, 5 October.

To find out more about the LTA’s work with disability tennis, head to www.lta.org.uk/play or email disabilitytennis@lta.org.uk. 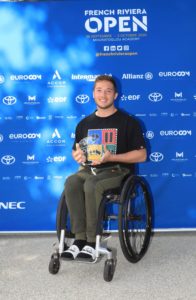 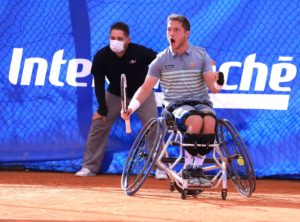 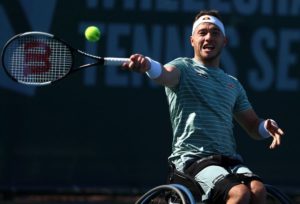