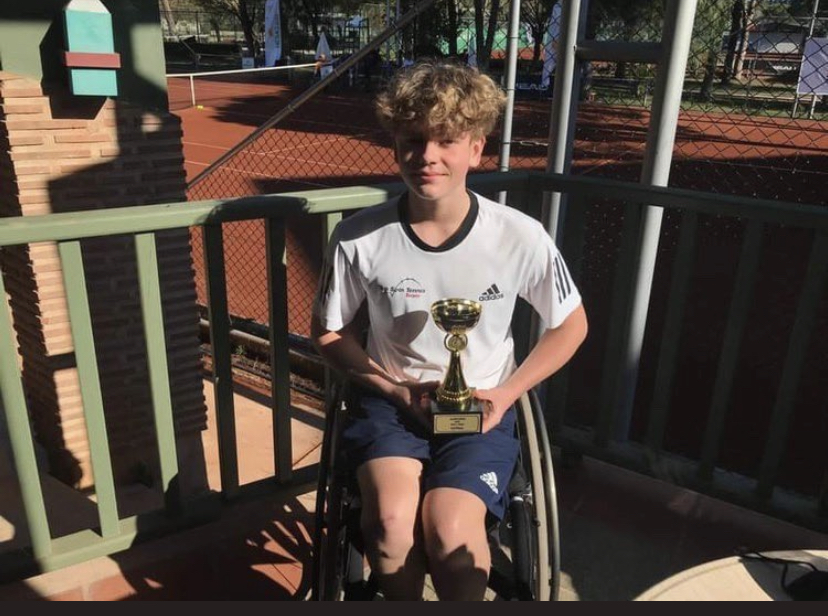 Ben Bartram has enjoyed a successful week competing at The Alanya Open in Turkey. He won the U/18 Boys Singles title and also reached the Men’s Singles quarter final after knocking out a seeded player. 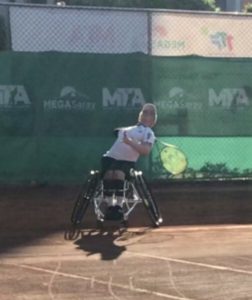 NLTA managed to catch up with Ben earlier in the week:

What tournament are you playing?

I am currently taking part in a futures tournament in Antalya Turkey called the Alanya Open.

The LTA have awarded you Elite Player status, what does this mean?

I have been granted elite player status which means if there is are more lockdowns in the uk I am still able to travel to different countries only if the country isn’t in lockdown. This also means I am able to train at the National Training Centre located in Roehampton London every Friday and Saturday if the country in lockdown so basically if there is a lockdown I can still play tennis which is absolutely amazing!

What are your ambitions in the game?

My ambitions in the game is to compete at grand slams and contest medals at the Paralympics and become world number 1.

How do you balance your academic studies with all the training and competing?

I’m currently 15 so I am in the year of taking my GCSEs and I’m able to take work home and do homework I also have a laptop which I can use to do work when I’m training so I do not fall behind.

How did you get started in Tennis?

I used to play wheelchair basketball years ago and when I stopped I was really missing sports and wanted to try more so my mum found out about a training session which was called push to podium and since then I haven’t stopped!

My advice to anyone who wants to play is do it it is great fun and really good for your health mentally and physically, you will meet so many great people doing so, some of my best friends play tennis and I’ve known them since I started.

Ben is currently No.5 in UK Men’s rankings and will be playing the Haydarpasha Palace Open, again in Turkey, starting on monday.

Congratulations Ben and good luck next week, NLTA are really proud of your achievements. 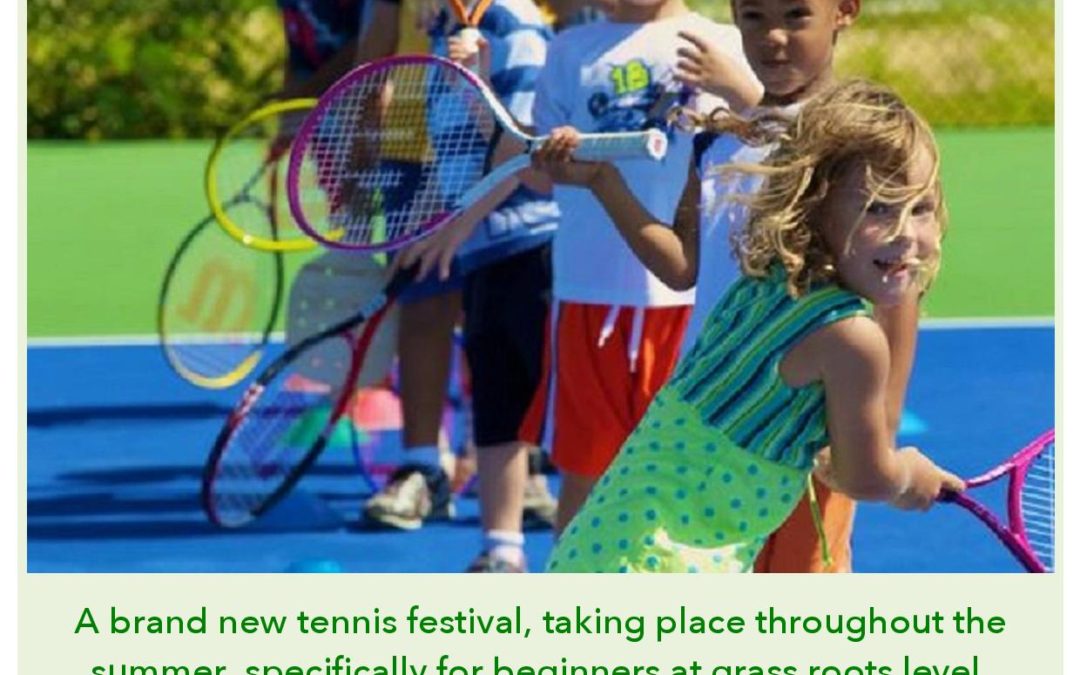 After receiving such an amazing, positive response to our first ever Schools Summer Festival of Tennis, it is with deep regret that we must postpone it for this year. However, I am sure you can appreciate the reason why. We can, however, confirm that because of the brilliant feedback received, our tennis festival will return next year and Norfolk LTA remain totally committed to getting as many new juniors on court as we can, playing our great game of tennis.

We would also like to thank Smith & Pinching for supporting our Festival. It is so gratefully appreciated and we look forward to their continued support next year. 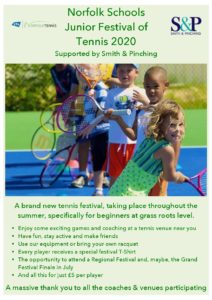 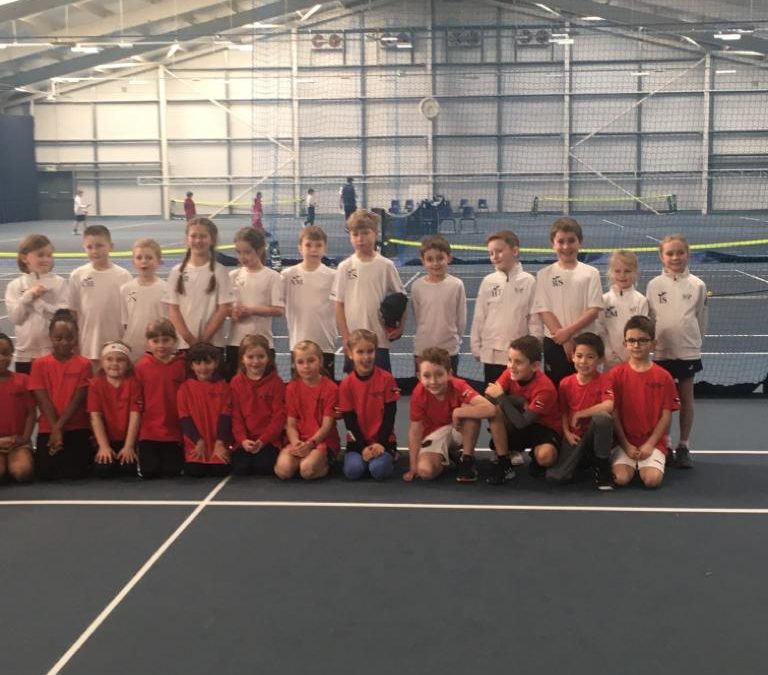 Over the weekend of Feb 22/23rd Norfolk and Bedfordshire played a friendly match at Easton College Tennis Centre.The match provided matchplay opportunities for 128 players aged between 7-14.

Teams were split into age group categories, so each country were represented by players in U/8, U/9, U/10 and U/14.

Nicky Crawley who was captain for the Norfolk Boys teams said “it was a great weekend and great to see so many players out at the same time. Opportunities like this are great for everyone, you cant get enough match practise and this is an important part of any players development”.

For those who are interested, the results were as follows: 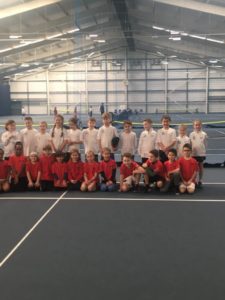 Norfolk and Bedfordshire Boys U/14 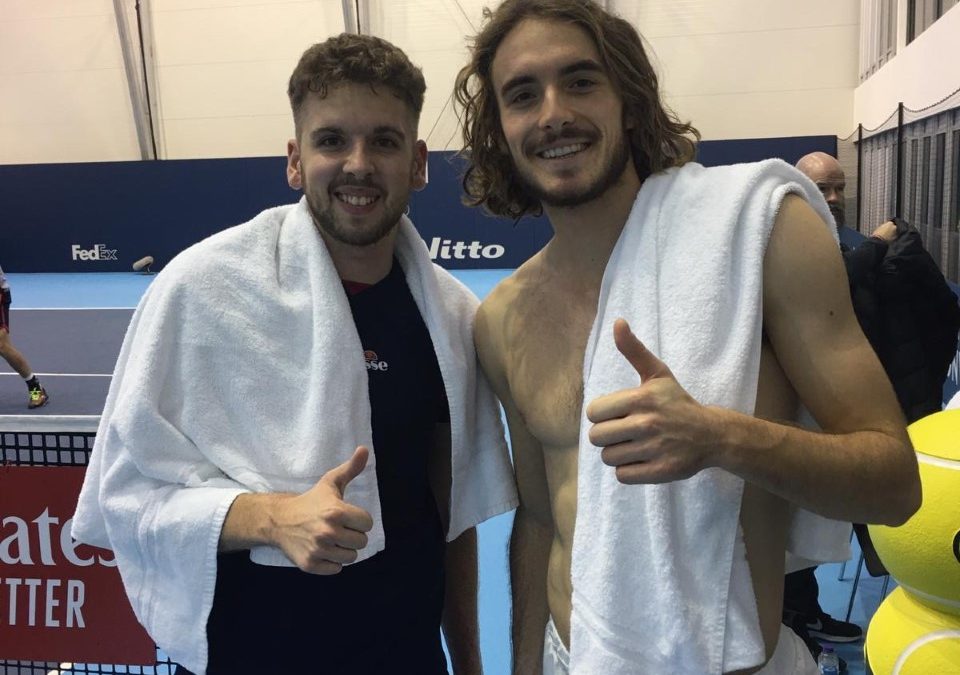